At times one repeatedly asks the question as for what was the rational to create a bike race consisting of 6-8% biking, and the rest is snowballing him-/herself in a 40cm deep powder-snow. I for one was wondering a ton, but then I just yielded and shelved this question for good.
All the same, I meant to kick off the race season in high spirits, and don’t let any negative circumstances get to me. The strategy then went like: auto-pilot on, put your head down and carry on.
But, what the hack, there has been so much of the nice things around that at the end of the day I walked away with a huge backpack of great feelings. And the most important point is though, my question [what’s been the intention of the organizer to have us rifle through this white dunes] has been answered too.
And I don’t join the pity-party of the whiners that were shedding negative feedback's and blaming on them. Had I lined up for the race if I knew the outcome? Most definitely, yes! Or else, I had never experienced this kind of totally bizarre race. So, as odd as that might sound, I am rather thankful towards them to give us this [even though at times unwelcome] opportunity.
The takeaway is definitely a gained experience and character-boost.
All in all, the day started in high morale, I felt just awesomely, had power at hand - albeit in this part of the season I am anything but up to the task [race] 100%.
The ambiance made me psyched up from the get-go, and those broadcaster interviews prior to the start had me kick into the “Let’s rumble”-mode.
O gosh I love that stuff so much, and it’s so brilliant to have this opportunity to bridge winter idle [say non-competitions] time with some spicy race like this.
Now, my hyper frame of mind took a dent once we hit the trial-head with a jaw-dropping 40 cm-ish powder-snow. There no way to get around those riders losing their track. Much to my regret, due to one of my health related handicaps [given my Retinopathy, I lack huge amount of coordination/sharp 3D-vision] once I hit narrow paths, my balance ‘goes down the tube’ immediately. Physical preparedness counts for nothing if you can’t hold the track, balance and coordinate your body movement. This isn’t as frustrating as the fact that those being far away from good fitness, however having a good riding technique, passed me, on the right, the left and the middle.
Even though I surrendered to the fact that the lion part of the track is going to be pushing/shouldering your bike, inwardly I hoped for some jeep-roads where the snow is moderately hard-packed. Forget about it. We exposed ourselves to ridicule by creating a dead-march queue, and sloshed thorough the deep snow. Those folks and onlookers around, had poked fun at us and were wondering whether we are serious whit our enterprise.

I ended up in an, for me, unacceptable final position, but what mattered more has been my accomplished work. As often, if some part of an event sucks then it’s made up by a lot of by another nice part of it. And so, the fond memories way outweigh the no-no’s. It’s futile to say that no organizer is accountable for weather conditions. They can at best do compromises/alternatives. In this case, the alternatives were extremely limited. And in hindsight, I see their very inconvenient position, they were in. It was a predicament. Thus, what they made of it was the best alternative, in my books. They took a bold decision, responsibility, and that’s why I just say: kudos to them for it.
I’m not sure whether or not I’ll do another “snow-running” labeled as bike marathon, but I did it once, and am very happy I did so. 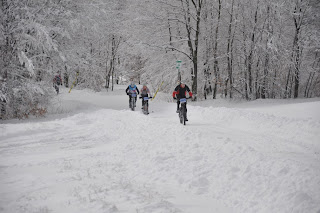 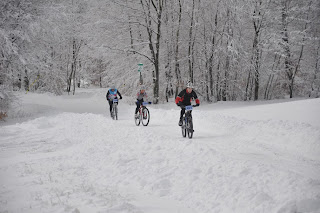 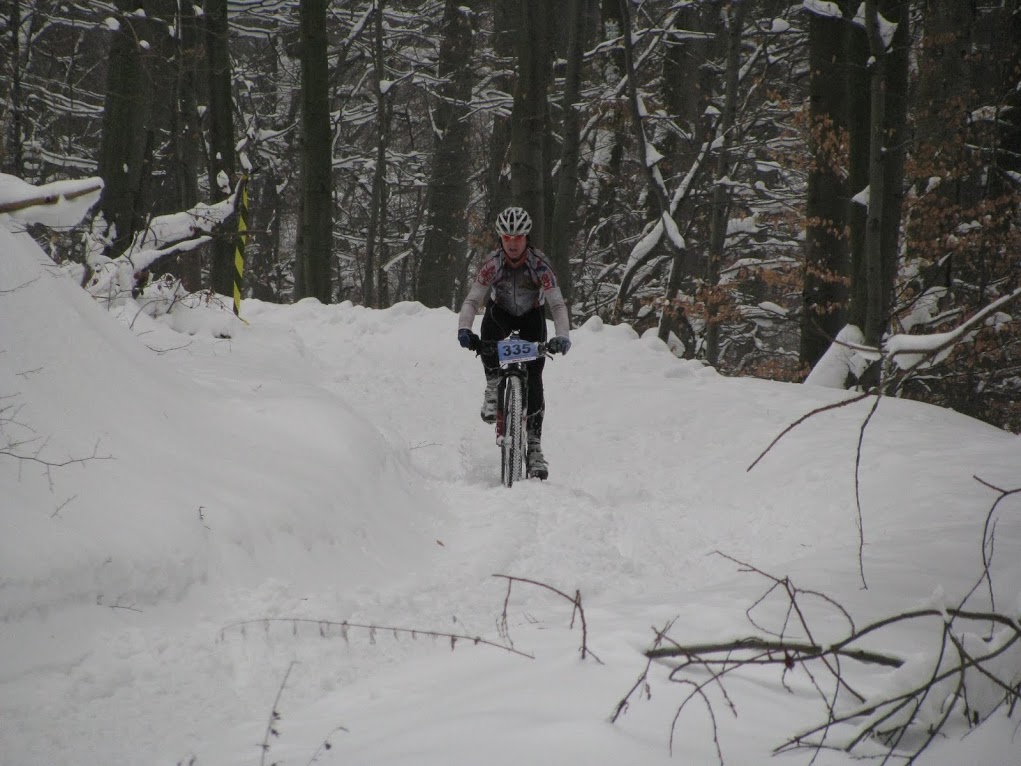 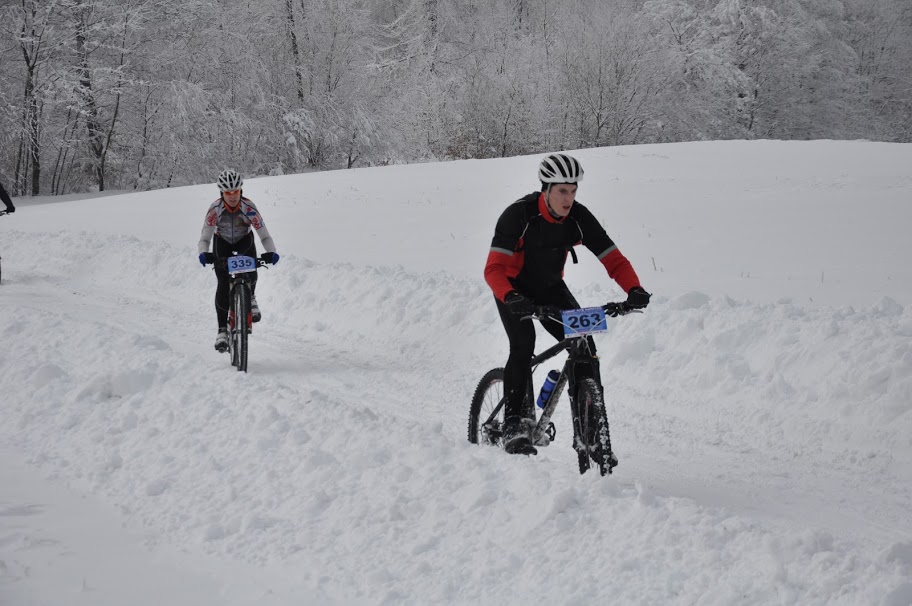 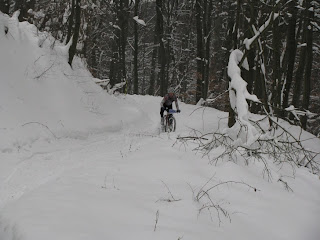 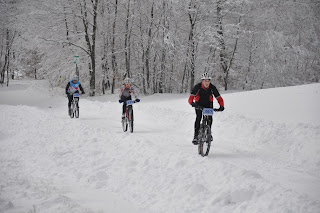 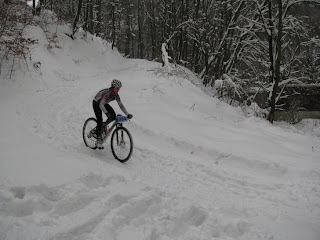 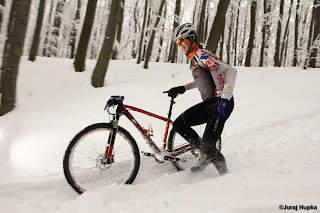 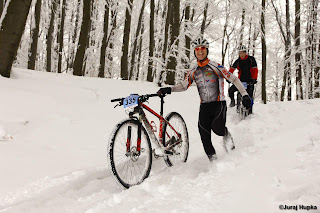 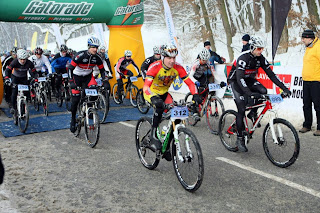 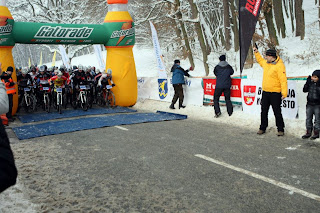 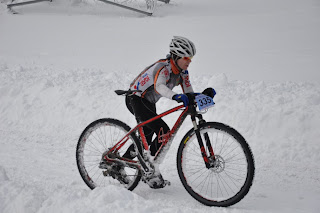 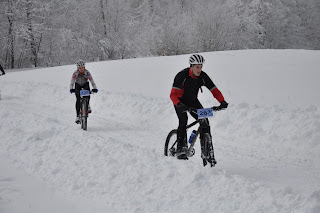